We are honored to host Ms. Indranee Rajah, Minister in the Prime Minister's Office, Second Minister for Finance and National Development, and to hear her thoughts on the Singapore Budget 2022, which will be announced on 18 February 2022. We also look forward to hearing her views on Singapore's sustainability and green financing agenda, as well as other policies that affect the American business community. 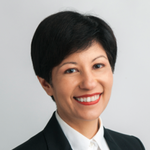 Ms. Rajah is the Leader of the House for the 14th Parliament. She has been the Member of Parliament for the Tanjong Pagar Group Representation Constituency (GRC) since 2001.

She was in practice as a lawyer and Senior Counsel before joining the Government.

Under her law portfolio from 2012 – 2018, she co-chaired the Committees on Family Justice, the formation of the Singapore International Commercial Court as well as the Committee to Strengthen Singapore as an International Centre for Debt Restructuring. She also co-chaired the Penal Code Review Committee whose recommendations led to major amendments of the Penal Code, including greater protections of women and the vulnerable.

In her first tour of the Education Ministry from 2012 - 2015, she led the Applied Study in Polytechnics and ITE Review (ASPIRE) Committee resulting in SkillsFuture, a national movement to align education with economic demand, career guidance and lifelong learning. In the second stint from 2018 - 2020, Ms Rajah chaired UPLIFT – the “Uplifting Pupils in Life and Inspiring Families Taskforce”, an inter-agency team convened in 2018 to strengthen support for students from disadvantaged families.

Under her finance portfolio, Ms Rajah co-chaired the Working Group on Legal and Accounting Services, a sub-committee of the 2016 Committee on the Future Economy, the recommendations of which are aimed at transforming the legal and accounting industries in Singapore and catalysing the internationalisation of such professional services. She oversees infrastructure Asia, the Singapore government platform that connects infrastructure demand and supply in the region.

Connect with 36 people attending this event 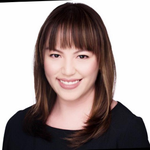 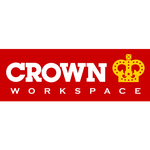