This event is by INVITATION ONLY

Speaker will speak to the work done by the Smart Nation and Digital Government Office and his plans and priorities on driving the digital transformation of Singapore and its development as a Smart Nation. 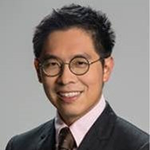 He was previously the Managing Director of the Singapore Economic Development Board for 4 years between 2017 and 2021. Before EDB, Kai Fong served various roles in the Singapore Public Service, including as Principal Private Secretary to the Prime Minister from 2014 to 2017. He was also seconded to Shell from 2008 to 2010 to Shell’s Downstream Strategy unit.

Kai Fong currently serves on the boards of DBS Group Holdings and DBS Bank, and the Singapore Symphonia Company Limited. He is also a member of Shell’s New Energies Advisory Board. He also serves as a member of the Board of Trustees for Singapore University of Technology and Design.

Kai Fong graduated from the University of Cambridge with a Master in Engineering in 2001 and was a Sloan Fellow with a Master of Science in Management from Stanford University’s Graduate School of Business in 2012.

Fueled by a fundamental belief that having access to financial services creates opportunity, PayPal is committed to democratizing financial services and empowering people and businesses to join and thrive in the global economy. Our open digital payments platform gives PayPal’s over 350 million active account holders the confidence to connect and transact in new and powerful ways, whether they are online, on a mobile device, in an app, or in person. Through a combination of technological innovation and strategic partnerships, PayPal creates better ways to manage and move money, and offers choice and flexibility when sending payments, paying or getting paid. Available in more than 200 markets around the world, the PayPal platform enables consumers and merchants to receive money in more than 100 currencies, withdraw funds in 56 currencies and hold balances in their PayPal accounts in 25 currencies.

Connect with 18 people attending this event