The AmCham Women Pioneers Series features and celebrates the achievements of transformational women leaders from government, academia, the non-profit industry and the private sector. A by-invitation only event limited to 25 AmCham member company executives, this Series offers exclusive access to engage with senior women pioneers in an intimate closed-door setting. 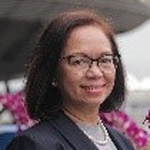 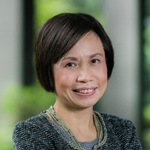 Ms Sulaimah Mahmood currently oversees both the ASEAN & South East Asia Oceania Division in the Ministry of Trade and Industry. She has been handling the ASEAN portfolio in MTI since 2004.

Prior to her appointment as Senior Director (ASEAN & SEAO) on 2017, she was Director, ASEAN in 2006. She was a Senior Deputy-Director, Trade Policy of South East Asia from 2005 - 2006, and Deputy-Director, Trade Policy, APEC Division in 2004. Her other experience in trade policy relations include a posting to the APEC Secretariat from 1996-1998 as Special Assistant to the Chair of Committee on Trade and Investment and as Director of the Subcommittee on Customs Procedures. She was also posted to Brunei from 1999 – 2000. During her career at the International Enterprise Singapore (and former Singapore Trade Development Board), she was also responsible for formulating and executing Singapore’s bilateral trade relations with the US, Europe, Japan, Australia and New Zealand from 1981 - 1995.

Ms Sulaimah graduated from the University of Singapore with a degree in Economics and Philosophy. She is married with two children.

Ai Hua joined Johnson & Johnson nearly 30 years ago with the desire to make a difference to the lives of people in need.

Today, she is Head of Government Affairs & Policy for the Company’s pharmaceutical, medical devices, and consumer health businesses in Asia Pacific.

She began her healthcare career in 1991 as a product specialist with Johnson & Johnson Medical before progressing to leadership roles in pharmaceuticals and medical devices in Singapore, China and the United States.

Between 2017 and 2020, Ai Hua was the Company Group Chair for Janssen, the Pharmaceutical Companies of Johnson & Johnson in Asia Pacific, which included the key markets of Japan and China. She helped pioneer and implement J&J’s first one-company business model encompassing pharmaceuticals, medical devices, and consumer health products as President of Southeast Asia. She has also led the surgical business for J&J Medical China as Group General Manager.

Ai Hua holds a BSc in Microbiology and Biochemistry and an MBA from the National University of Singapore. She is an advocate for women in leadership, a committed volunteer and board member of Dover Park Hospice, and an advisory board member for Lee Kong Chian School of Business and Design Singapore Council.

- For more rapid economic and social change than ever before
- For jobs that have not yet been created
- To use technologies which have not yet been invented
- To solve social, economic, and environmental problems that we do not yet know will arise

At XCL Education, we equip students with the academic and lifelong learning skills to be agents of their own success – helping them find their path and shape their future whether in further education, careers or navigating the opportunities and challenges they will encounter in their lives. 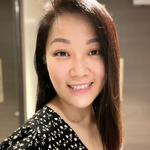 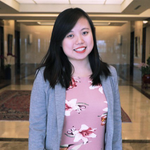 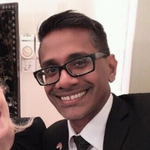 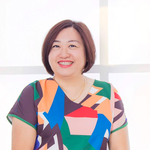 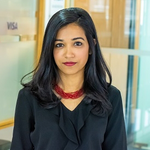 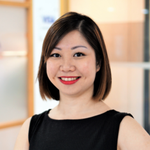