Cutting Through The Noise: How to Have Your Message Heard

Experts estimate that the average person living in a city today encounters between 6,000 to 10,000 brand messages per day. Corporations and brands are competing in a saturated digital content landscape to bring their messaging to consumers. To thrive, rather than drown in a sea of content, brands must rethink how they are placing the customer at the center of their business.

Customer centricity was already a growing trend before the pandemic, but it is now a critical pillar of marketing in the new normal. However, customer-centric strategies are far more difficult than it appears. Placing the customer at the center requires understanding beyond just their wants or needs, but also their dreams, their goals, their current emotions, and more. Organizations who aim to build genuine connections with their customers are seeing success in their efforts, as this fosters a relationship with the consumer founded on trust and integrity.

Join AmCham as our panel of experts discuss the latest marketing trends in the COVID-19 era and share ideas on how to break through the clutter by humanizing your brand for greater authenticity. Learn how to cut through the noise, and have your message heard!

﻿* For any enquires please contact the AmCham Programming and Events Team at pe@amcham.com.sg. 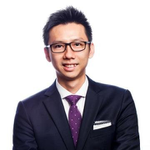 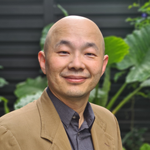 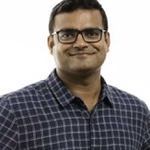 Prior to Nielsen, Garick was the Regional Insights Director for Asia and General Manager for Singapore at Isentia (An ASX 200 Media Intelligence Company). Before Isentia, Garick headed the Market & Consumer Insights function for BlackBerry in the Asia Pacific. His research experience cuts across qualitative to quantitative methods, local to global initiatives and consumer to enterprise studies. Garick was in academia before joining the industry. Recognized by the industry, Garick has won awards and has often been invited be a speaker, panelist, award judge, and guest lecturer. He is an Associate Fellow with the Institute on Asian Consumer Insight at Nanyang Technological University. He is also a reviewer for several journal publications and conferences.

Yau Boon has more almost 30 years of experience in strategy, planning, marketing, operation, and business management across multiple industries in the Asia Pacific. He led marketing & strategy in IBM, SAP, and Motorola from 2000-2015. He also co-founded several startups from 1993-2018 and serves as an adjunct lecturer in the Singapore Institute of Management. He speaks and consults on leadership, marketing, business strategy and transformation, innovation, and disruption management. Prior to his recent socio-entrepreneurial ventures, he was the Vice President, Marketing & Strategy, for SAP Asia Pacific. Currently, Yau Boon is President and Managing Director, Asia Pacific, Nextech AR Solutions, and serves as the Co-Chair on American Chamber of Commerce Singapore's Marketing and Communication Committee.

Yau Boon’s understanding of business technology, coupled with his vast experience in business strategy and expertise in driving transformation and innovation, has placed him in a unique position to help enterprises rethink, reinvent and reposition to be future-ready.

Jacob started his career as a researcher advising government agencies on how to better conceptualise, plan and execute communication strategies. He was editor of LinuxWorld and NetworkWorld inthe Middle East and Africa, deputy editor of Gulf Business. In 2007, he joined the launch team of du (www.du.ae) as Editor-in-Chief of Corporate communications.
In 2009, he joined the Government of India’s Ministry for External Affairs as Director for Africa, Middle East, Latin America – Passports and Visas. He also served in Monrovia as part of the United Nations Mission in Liberia (UNMIL) peacekeeping mission as communications trainer.

Since 2013, he has been investing and mentoring startups based in South East Asia. These include DealStreetAsia.com and MetroResidences.com – both of which he was the first investor and now in their series B stage of growth. He is a mentor at Singapore Management University Institute of Innovation and Entrepreneurship (IIE).

He co-founded Redhill Communications, the largest independent public relations and affairs agency advising the region’s most active and largest venture capitalists. In additions to fintech and blockchain startups such as Spark Systems, Funderbeam, Bluzelle, VeChain, etc, he also serves Emirates, General Mills, Mundipharma and others on a regional mandate. In 2017, Redhill won the Holmes Report Asia Pacific New PR agency of the year.

- For more rapid economic and social change than ever before
- For jobs that have not yet been created
- To use technologies which have not yet been invented
- To solve social, economic, and environmental problems that we do not yet know will arise

At XCL Education, we equip students with the academic and lifelong learning skills to be agents of their own success – helping them find their path and shape their future whether in further education, careers or navigating the opportunities and challenges they will encounter in their lives.

Connect with 45 people attending this event 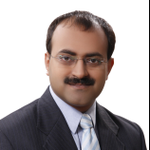