As we near the end of the year, we invite you to join us for the last installation of the Balestier Series of 2022 with Ms. Grace Fu, Minister for Sustainability, and the Environment.

Ms. Fu will speak to Singapore's achievement as a Garden City of excellence and its commitment to protecting the environment and mitigating climate change and her thoughts on what was achieved after the COP26 in Glasgow and would like to hear members' inputs for COP27 in Sharm el-Sheikh. We also look forward to her addressing strategic challenges regarding sustainability and climate mitigation and what AmCham members can do to partner Singapore in these endeavors.

By paying for your ticket before the event, you help make sure that AmCham can continue to offer meaningful programming for our members. 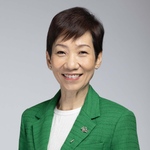 Minister for Sustainability and the Environment

Minister for Sustainability and the Environment

Ms Grace Fu is Minister for Sustainability and the Environment.

She graduated with a Bachelor of Accountancy (Honours), and subsequently obtained a Masters of Business Administration from the National University of Singapore. She spent the early part of her career in the private sector and last held the position of Chief Executive Officer, PSA South East Asia and Japan, where she was responsible for the business performance of PSA’s port terminals in Singapore, Thailand, Brunei and Japan.

In 2006, Ms Fu joined politics and was appointed to various Ministries, including National Development, Education, Information, Communications and the Arts, Environment and Water Resources, and Foreign Affairs.

Ms Fu enjoys an active lifestyle, which includes running, yoga and hiking. She is married with three sons.

At 3M, we apply science in collaborative ways to improve lives daily. With $32 billion in sales, our 96,000 employees connect with customers all around the world.

3M has been improving lives in Singapore for more than 50 years. Since its founding in 1966, 3M Singapore has grown from its humble beginnings with only 8 employees, to a company with more than 1,600 employees and established local capabilities to serve the needs of local, regional and global customers. 3M’s presence in Singapore includes two manufacturing plants at Woodlands and Tuas, an R&D Center at Woodlands, and a Customer Technical Center, supply chain and business operations based at Ang Mo Kio.

Connect with 13 people attending this event 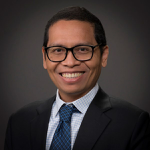