Many countries are currently experiencing significant population changes such as declining birth rates and increasing numbers of elderly people. Due to the broad implications on the economy and society, governments are now exploring policies that support sustainable and inclusive population growth with a focus on family planning. As a company focused on improving the lives and health of women everywhere, and with a core expertise in reproductive health, Organon is partnering with women, governments, clinicians, and other stakeholders to ask the important question "Smart Family Planning: What's Next?"

We welcome your presence to discuss how to build a holistic ecosystem that addresses reproductive health, empowers women with the education and resources they need, and improve the participation of women in the economy. 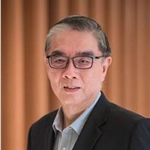 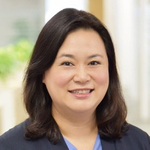 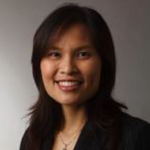 Senior Vice President and Head, Healthcare at Economic Development Board 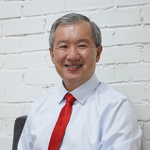 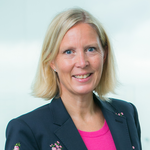 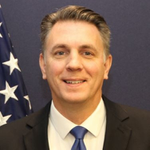 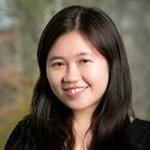 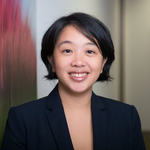 Founder of Research for Impact Singapore

Ambassador ONG Keng Yong is Executive Deputy Chairman of the S. Rajaratnam School of International Studies at the Nanyang Technological University in Singapore since November 2014. Concurrently, he is Ambassador-at-Large at the Singapore Ministry of Foreign Affairs, non-resident High Commissioner to Pakistan and non-resident Ambassador to Iran. Mr Ong also serves as Chairman of the Singapore International Foundation (SIF).

Mr Ong was High Commissioner of Singapore to Malaysia from July 2011 to October 2014. He served as Secretary-General of ASEAN (Association of Southeast Asian Nations), based in Jakarta, Indonesia, for five years from January 2003.

He was Singapore's High Commissioner to India and concurrently Ambassador to Nepal from 1996 to 1998. From September 1998 to December 2002, he was Press Secretary to the then Prime Minister of Singapore, Mr Goh Chok Tong. From 2008 to 2011, he served as Director of the Institute of Policy Studies (IPS) in the Lee Kuan Yew School of Public Policy at the National University of Singapore.

Dr. Hsien-Hsien Lei is Chief Executive Officer (CEO) of The American Chamber of Commerce (AmCham) in Singapore — the largest and the most active international business association in Singapore and Southeast Asia, with over 6,000 members representing over 600 companies. Hsien is also an Adjunct Associate Professor at the National University of Singapore Saw Swee Hock School of Public Health.

Prior to AmCham, Hsien was Vice President, Medical and Scientific Affairs, Medtronic Asia Pacific, where she was responsible for the Medtronic Innovation Centers in Japan and Korea, training and education, and the company’s health systems transformation strategy in the region. Hsien also has extensive experience in corporate communications, advertising and promotion, and government affairs.

Hsien has lived and worked in the US, Taiwan, Japan, Vietnam, UK, and is now based in Singapore. She holds a PhD in Epidemiology from The Johns Hopkins University Bloomberg School of Public Health where she was the recipient of a US National Institutes of Health Cardiovascular Disease Epidemiology Training Grant. Her doctoral thesis explored the genetic epidemiology of end-stage renal disease and type 2 diabetes. She completed her post-doctoral fellowship at National Taiwan University Hospital in the Department of Internal Medicine. Hsien also holds a BA (with honors) in Human Biology from Stanford University.

Senior Vice President and Head, Healthcare at Economic Development Board

Wan Yee is the Senior Vice President and Head for Healthcare in the Singapore Economic Development Board.

She oversees the Health & Wellness industry development strategies and engagement of international companies to facilitate investments in Singapore.

Prior to this, Wan Yee led EDB's Human Capital team and was responsible for working closely companies, industry associations, unions and Singapore's manpower agencies to attract and develop talent for our wide range of industries.

She also spent some time in EDB Human Resources and has a depth of knowledge across various HR functions. Wan Yee started her EDB career in the then nascent Biomedical Sciences cluster and was part of the team that spearheaded the growth of this industry. This included a stint in Bio*One Capital, a venture capital arm of EDB that invests in biotechnology and medical technology start-ups.

She is trained as a Chemical Engineer and worked as a Process Engineer in ExxonMobil before joining EDB.

Dr Lim Min Yu graduated from the medical faculty of the University of Glasgow in 1994 and completed his specialist training in Obstetrics & Gynaecology. He was subsequently conferred as a Fellow of the Royal College of Obstetricians and Gynaecologists (RCOG) in 2018.

As an accredited IVF clinician and a fertility specialist, Dr Lim has over 10 years of experience in assisted reproductive technologies such as IVF and ICSI. Dr Lim is also experienced in the field of laparoscopic (i.e. keyhole) surgery for gynaecological conditions. His expertise in pregnancy care includes the area of Vaginal Birth After Caesarean (VBAC).

Prior to private practice, Dr Lim was a consultant and Assistant Professor at the O&G Department of NUH (National University Hospital), where he was also the Program Director of the OBGYN Residency programme, where he was responsible for the training of residents in Obstetrics & Gynaecology.

Dr Lim is the President of the Obstetrical & Gynaecological Society of Singapore (OGSS) and also the Chairperson of the Singapore International Representative Committee of the Royal College of Obstetricians & Gynaecologists (RCOG). At Gleneagles Hospital where his practice is located, he is also a member of the Medical Advisory Board and chairs the Obstetrics & Gynaecology Specialty Interest Group.

In June of this year, Kaja was appointed Regional President for Organon Asia Pacific and Japan. Organon is a global healthcare company formed through a spin-off from MSD, focused on improving the health of women throughout their lives. Here for her health, the company has a portfolio of more than 60 medicines and products across women’s health, biosimilars and established medicines.

As Regional President for Organon’s Operations in over 20 countries across Asia Pacific & Japan, Kaja will oversee a dedicated, highly experienced team of over 1000 people, united in their drive to better support the health of women across the region.

Kaja has extensive experience in the biopharmaceutical industry and has worked across a wide range of markets as well as holding global roles such as Global Commercial Lead for Cardiovascular and Metabolic Diseases.

Kaja’s numerous country leadership roles include Managing Director of MSD Netherlands, where she led the Dutch organization to ensure sustainable access for patients to MSD’s innovative medicines.
Before moving to the Netherlands, Kaja was Managing Director for MSD in South Africa, managing Human Health operations in Sub-Saharan Africa and the Institutional Business in Africa (IBA). During her tenure as Managing Director, MSD became the fastest growing pharmaceutical company in South Africa – thanks to her strong commitment to employees and her work to expand access to medicines for patients.

Preceding South Africa, Kaja successfully led the commercial operations at MSD Russia, where she was responsible for distributors, business support, vaccines, supply chain and customer service as well as the pharmacy team.

Kaja joined MSD in 1996 in Norway as a medical representative, subsequently holding roles of increasing responsibility in sales, marketing and external affairs as well as Eastern Europe, Middle East and Africa business operations.

She holds a degree in Pharmacy from Oslo University College, Norway, and an Executive MBA from ECSP-EAP, Paris, France, and the Norwegian School of Management, Oslo, Norway.

Chris Quinlivan is a Senior Foreign Service officer with the International Trade Administration’s U.S. Commercial Service. In August 2019 he began a four-year assignment at the U.S. Embassy in Singapore where he leads a team responsible for trade promotion programs in Singapore and supports U.S. business interests regionally. Prior postings include Ottawa, Canada (2015-19); Beijing, China (2011-15 and 2001-03); Vienna, Austria; Salt Lake City, Utah; Brussels, Belgium; and Athens, Greece. While at the Commerce Department in Washington, DC, Mr. Quinlivan managed initiatives to develop U.S. export opportunities in Russia, Eastern Europe and Central Asia. Mr. Quinlivan also worked on a Presidential initiative to support the Northern Ireland peace process. Mr. Quinlivan is the recipient of numerous professional honors, including the Commerce Department’s prestigious Gold Medal and Bronze Medal awards, the Chuck Meissner award, and special recognition by the Department of State for his roles in support of four Presidential visits to Greece and China. Mr. Quinlivan has seven years of private sector experience as an account manager and logistics agent. He holds a Master’s in international affairs and a Bachelor’s in business administration from California State University and an international business certificate from the University of Copenhagen in Denmark.

Poh Lin Tan is an Assistant Professor at the Lee Kuan Yew School of Public Policy, National University of Singapore. Her research focuses on women’s fertility, health and work-life balance in the contexts of extremely low fertility rates in Singapore, particularly in the wake of the COVID-19 pandemic.

She is the Principal Investigator of the Singapore Time to Conception Study and Youth Outlook on Life Opportunities Study. She serves as the Secretary of the Population Association of Singapore and as an International Advisory Board Member of Asian Population Studies, the first international population journal to focus exclusively on population issues in Asia.

Founder of Research for Impact Singapore

Joanne Yoong is an applied economist working at the intersection of behavioural economics and health and financial decision making for the well-being of vulnerable populations. Dr. Yoong’s primary appointment is as Senior Economist at the University of Southern California, where she directs the offices of the USC Center for Economic and Social Research in Singapore and Washington DC, and is a principal member of the USC Behavioral Economics Studio.

Based in Singapore, Dr. Yoong also holds faculty appointments at the Yong Loo Lin School of Medicine at the National University of Singapore, the London School of Hygiene and Tropical Medicine,Singapore Management University and the RAND Corporation. She is the author of over seventy peer-reviewed articles in leading economics, medical and public health journals.

Dr. Yoong serves in various national and international policy and industry advisory capacities, and has previously held positions as the Director of the Center for Health Services and Policy Research at the National University Hospital System, Director of the Asia Pacific Regional Capacity-Building for Health Technology Assessment (ARCH) Initiative, Director of the RAND Behavioural Finance Forum 2012 and founding co-president of the Singapore Health Economics Association. Dr. Yoong is also a member of the founding and organizing committee for the first Asian Workshop for Health Economics and Econometrics.

In addition to her academic work, Dr. Yoong is the founder of Research for Impact, a Singapore-based social enterprise working to make behavioral and social science research accessible, inclusive and transformative for all.

Connect with 43 people attending this event 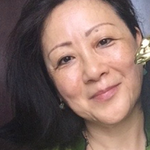 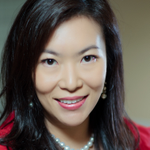