AmCham initiated the Meet the MPs Series in 2020 to cultivate a deeper understanding between Singapore Members of Parliament (MPs) and leaders and the business community on the priorities, concerns, and issues in the Singaporean community, as well as develop collaborative ways for the local and business communities to work together.

Join us as Ms. Foo Mee Har, MP for West Coast GRC, shares her insights about her work as a Singapore Member of Parliament working the ground throughout the COVID 19 pandemic, her insights about Singapore's fiscal strength as Chairman of the Public Accounts Committee; women in leadership; developments in the wealth and asset management sectors including the rapid growth of family offices in Singapore.

﻿* For any enquires please contact the AmCham Programming and Events Team at pe@amcham.com.sg. 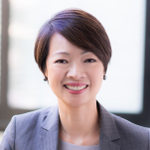 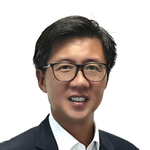 Ms Foo Mee Har is a Member of Parliament (MP), West Coast GRC since 2011. She is currently the Chairman of Public Accounts Committee of the Parliament of Singapore.

Ms Foo is also the CEO of the Wealth Management Institute (WMI), Asia's centre of excellence for asset and wealth management education and research.

Ms Foo was previously with Standard Chartered Bank for close to 20 years, during which she held a number of senior positions including Country Head of Consumer Banking China; President & CEO of Standard Chartered Bank Thailand as well as Global Head for Priority Banking & International Banking covering over 30 markets across Asia, Middle East and Africa.

Ms Foo graduated with a Bachelor of Science (First Class Honours) degree from the University of New South Wales, Australia with a major in Occupational Psychology.

With more than 20 years of experience in Asia in the technology policy and legal space, Choo Hua has worked with governments, industry associations, academia, NGOs and think tanks on a range of public policy issues.

Choo Hua was previously a board member of US-ASEAN Business Council and the Asia Internet Coalition. He was also a Vice President of the Business Software Alliance (BSA) Asia Committee and the Chair of the BSA Indonesia and Singapore Committees. He has also served on the Singapore President’s Challenge Steering Committee, as well as volunteered his time as the Vice President and Secretary-General of the Volleyball Association of Singapore.

A qualified lawyer of Singapore, Hong Kong and England & Wales, Choo Hua obtained his Bachelor of Laws from the National University of Singapore. Choo Hua has practiced as an intellectual property lawyer in Hong Kong, specializing in China intellectual property law, as well as a commercial lawyer in Singapore. He has held leadership roles in corporate and government affairs at a number of U.S. multinational companies.

In his spare time, Choo Hua enjoys basketball, scuba diving, snowboarding and just hanging out with his family.

Connect with 36 people attending this event 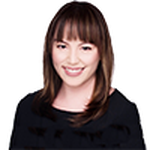 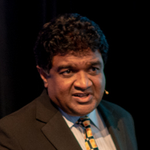