The experts will share their perspectives on the polling forecasts, the fierce campaigning in battleground states, and the critical factors.
Event DetailsSpeakersOrganizersCommunity

With the Democratic and Republican National Conventions concluded, the U.S. Presidential Election spotlight is now on polling forecasts. Media outlets, think tanks, and political experts are providing daily, rapid-fire predictions on the election results, with intense coverage of battleground states. Adding a layer of complexity is speculation of an 'October Surprise', a news event that occurs late in an election that influences the election outcome. While the U.S. Presidential Election has always garnered international attention, this current election is set against an exceptional backdrop of domestic and international issues.

Join us at AmCham as we host a panel of experts who will share their perspectives on the polling forecasts, the fierce campaigning in battleground states, and the critical factors that may shift the outcome of the election. 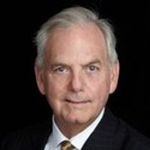 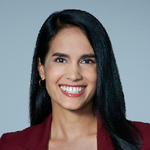 Anchor and Correspondent at CNN 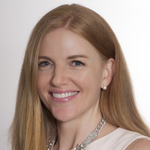 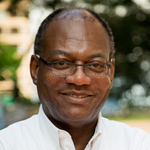 He was Deputy Chief of Mission at the U.S. Embassy in Singapore from 2013 to 2016. Blair received MA (International Relations) and JD (Law) degrees from the George Washington University. He is a member of the District of Columbia Bar. Blair is President of the Executive Committee of the American Association of Singapore and serves on the boards of several non-profit charitable organizations. He and his wife, Valerie Brandt, happily reside in Singapore but call Idaho, USA, home.

Anchor and Correspondent at CNN

Kristie Lu Stout is an award-winning anchor and correspondent for CNN, based in Hong Kong.

She reports from the newsroom and in the field on major breaking news stories including US-China tensions, the National Security Law, the coronavirus pandemic, the Hong Kong protests, the New Zealand terror attacks, North Korea's advancing weapons tests, and the aftermath of Super Typhoon Haiyan.

She also hosts feature programs for CNN, most recently presenting Tech For Good, a television and digital series comprised of intimate, inspiring and transformative stories from every corner of the globe. In her feature show Inventing Tomorrow, Lu Stout interviews the entrepreneurs, experts and businesses developing innovative ways to battle and navigate the COVID-19 health crisis.

Based in China for two decades, Lu Stout maintains a focus on how developments in China are dramatically changing the world for all of us. From anchoring CNN's groundbreaking Eye on China series in 2004, to covering the Trump-Xi Summit in Beijing, Lu Stout has remained committed to reporting on the country. She was also instrumental in launching On China, CNN's first-ever regular series focused on the country -- a first by any international TV news network.

In 2020, her program Inventing Tomorrow: Tech in a time of Pandemic was awarded Best Covid-19 Factual Feature at the ContentAsia Awards. In 2018, Lu Stout was awarded Best News or Current Affairs Presenter at the Asian Academy Creative Awards, while the daily news program she hosted -- News Stream -- was awarded Best News Program. She has also been recognized multiple times at the Asia Television Awards, and by the Royal Television Society for her coverage of Super Typhoon Haiyan in the Philippines.

With over 850,000 fans and followers on social media, Lu Stout believes in engaging with her viewers and makes social media an integral part of her reporting. She also believes in contributing to the debate with viewers off-camera with regular speaking and moderating appearances and is well known for her style in stimulating frank and lively conversations.

Lu Stout also uses her platform to lift up women's voices, regularly speaking and reporting on female achievement as well as the unique challenges women and girls face around the world. Lu Stout also plays an active role in promoting the CNN Freedom Project, the network's award-winning initiative focused on reporting stories of modern-day slavery, including student outreach in Hong Kong as part of #MyFreedomDay.

Lu Stout started her career in journalism in San Francisco at WIRED magazine's online division. She has written on technology for various media publications including the South China Morning Post, where she founded and wrote the Beijing Byte column. Before her career in journalism, she was an early employee at Beijing-based Internet company Sohu.com and worked for Reuters' new media team in China.

Lu Stout is American of Chinese and European descent. She holds a bachelor's and a master's degree from Stanford University, and studied advanced Mandarin Chinese at Beijing's Tsinghua University.

Angela Mancini is Partner and Head of Control Risks’ Southeast Asia office, leading a team that manages political risk, investigative and security consulting projects for multinational clients across ASEAN. Prior to this, she was based in New York City as the Managing Director leading the firm’s accounts team for the Eastern U.S. and Canada, and headed the Financial Services practice in the Americas.

Angela is a CPA, formerly with Deloitte & Touche, and has worked in financial services and economic development for over 20 years, covering Asia for the past decade. She has been posted in Russia, Indonesia and Egypt and has worked extensively in India, China, and sub-Saharan Africa. Her technical specialties are governance, anti-corruption, and risk management consulting.

Before joining Control Risks, Angela was Managing Director and Head of Asia, Russia/Eurasia and Africa Programs for the Financial Services Volunteer Corps, a boutique advisory chaired by former US Fed Chair Paul Volcker. She is a Member of the Council on Foreign Relations and appears regularly in the media, including on BBC, CNBC, Channel News Asia, Bloomberg News, NPR and in the Financial Times and Wall Street Journal.

Keith Richburg is a journalist and former China correspondent who spent more than 30 years overseas for The Washington Post, serving as bureau chief in Paris, Hong Kong, Jakarta, Nairobi, and Manila. He covered the invasion in Iraq, the fall of the Taliban in Afghanistan, the US military intervention in Somalia, the genocide in Rwanda, and the 1997 handover of Hong Kong to China. He was also the Post’s Foreign Editor from 2005-2007 and helped cover the 2008 U.S. presidential election.


After retiring from the Post in 2013, he became a fellow at the Institute of Politics at Harvard University and a lecturer of international reporting at Princeton University. Keith’s coverage has won numerous awards, including two George Polk Awards, and was twice a Pulitzer Prize finalist for his reports from Somalia. His 1997 book, Out Of America: A Black Man Confronts Africa, chronicles his travels across Africa. He is a graduate of the University of Michigan and has a master’s degree from the London School of Economics.

Connect with 82 people attending this event 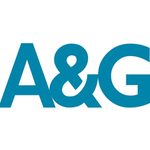 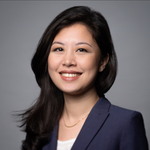